Most consider an Oscar the greatest honour any actor or actress could hope to receive. Here are the top 10 actors and actresses earning the most Oscars, in no particular order:

Meryl Streep is one of the most revered actresses of all time, so really, it’s no surprise that she is not only on this list, but the current champion of Oscar nominations. Overall, the star has earned a massive 21 Oscar nominations, receiving her first in 1978 and her latest in 2015.

Katherine Hepburn is an actress loved and cherished by all those who were fortunate enough to see her perform on the big screen. She may not be the actress with the most nominations, but she still holds the record for the most Oscars won, earning a total of 4 throughout her career.

Jack Nicholson is best known for his role in the works: “One Flew Over the Cuckoo’s Nest” and “Terms of Endearment”. Across his career he has been nominated 12 times and has taken home a total of 3 Oscars.

This amazing actress earned her first Oscar for her role in the movie “Dangerous” in 1936, receiving another three years after her first. Steven Spielberg purchased her Oscars at an auction after she died and then gave them back to the Academy of Motion Picture Arts and Sciences.

From 10 nominations, Laurence Olivier has only been able to take home one Oscar for his work in the film “Hamlet”. On top of winning one Oscar, the actor has also had the privilege of taking home two honorary prizes, the first in 1947 and the second in 1979. 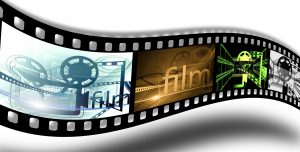 With a total of 9 nominations, 1 Oscar and 2 honourable awards, Paul Newman is truly one of the greatest actors of all time. He is best known for his work in the film “The color of money”, as well as his works during 1986, which is what earned him his first honourable award.

With a total of 9 nominations and two wins to his name, Tracy is clearly one of the great actors of our time. His first win was earned in 1938 for “Captains Courageous” and again in 1939 for “Boys Town”.

Starting in 1952, Brando has earned himself 8 Oscar nominations, with his most recent being in 1990. He has taken home two “best actor” awards, with his most notable performance being for “The Godfather” in 1973.

Jack Lemmon won an Oscar the first time he had been nominated for one- for best supporting actor in “Mister Roberts”. He was nominated 7 more times after this but did not win again until 1974 in “Save the Tiger”.

Al Pacino is one of the best actors of all time, and his massive success all started with his work in “The Godfather” trilogy, although he only earned his first win in 1993, when he earned “best actor” for his work in the film “Scent of a Woman”.