There are many characters in films and TV shows that simply never die. Different directors and actors keep resurrecting them, creating a legacy that is constantly growing. Here is a list of top four characters who have been immortalized on the silver screen.

Saint Nick has appeared in more than 800 movies, believe it or not! In some of them he is the main character, and in others, he appears in cameos. Santa has been portrayed by so many different actors who managed to embody this jolly old man. He typically has hair and beard as white as snow and is a little (or a lot) on the chubby side. He wears glasses and wears a signature bright red suit. One of the most famous portrayals of Father Christmas is undoubtedly by Edmund Gwenn in Miracle on the 34th Street (1947), Tim Allen in The Santa Clause (1994), and Tom Hanks in the animated The Polar Express (2004). If you are an avid Christmas movie fan, you will be delighted to hear that this year a brand-new Santa is coming to town – Kurt Russell is starring in Netflix’ The Christmas Chronicles (premiering on Thanksgiving). 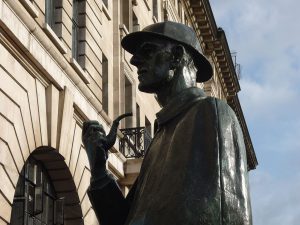 More than 75 actors have portrayed the most famous detective in the world, a fictional character from Sir Arthur Conan Doyle’s books. Sherlock Holmes holds the title as the most portrayed human literary character in the film, appearing on screen more than 250 times. Holmes is a mastermind “consulting detective” known for his exquisite observational skills, incredible deductive reasoning and profound knowledge of forensic science. He is moody, eccentric and prone to substance abuse. Sherlock is also extremely arrogant, especially when it comes to demonstrating his knowledge to those around him. It is incredible to see how there have been so many different actors who managed to portray all those characteristics – from Jeremy Brett in Sherlock Holmes (1984), the TV series, and Robert Downey Jr. in two feature films, Sherlock Holmes (2009) and Sherlock Holmes: A game of Shadows (2011), to Benedict Cumberbatch in the acclaimed modern-day TV adaption Sherlock (2010). 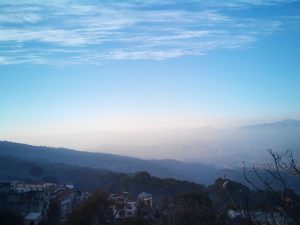 No one really knows what God looks like, so his physical representations on the silver screen have been rather diverse and interesting, to say the least. The character of God was played in more than 350 TV shows and films, and he was a very different character in the majority of them. Sir Ralph Richardson was an elderly civil servant in Time Bandits (1981), Gene Hackman was impatient and fussy God in Two of a Kind (1983), Alanis Morissette a bemused hippie God in Dogma (1999), and maybe the most notable portrayal goes to incomparable Morgan Freeman as genial God dressed in white suits and black shoes in Bruce Almighty (2003). 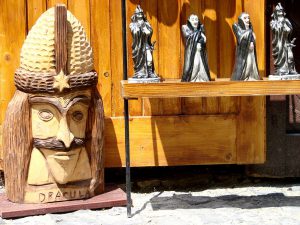 Dracula is a fictional character from Bram Stoker’s 1897 novel by the same name. He is a bloodthirsty vampire who is centuries-old, has pointed fangs, sleeps in the coffin during the day and hunts at night. The first cinematic appearance of Dracula happened in 1921, in the silent horror Dracula’s Death. After that, this character appeared in more than 200 films, with 30 of them being big budget ones. Some notable performances by actors include Bela Lugosi in Dracula (1931), Christopher Lee in Dracula (1958), Gerard Butler in Dracula 2000 (2000) and Luke Evans in Dracula Untold (2014).