Podcasting, first called “audio blogging,” wasn’t initially created to be profitable. Virtually anyone can hold a podcast – all you need is your voice, a microphone, a PC and a distributor (SoundCloud, iTunes, etc.).

Many notable podcasters began as listeners, and they learned the secrets of production and quality interview techniques later on because podcasting became a popular medium since the costs of creating a podcast are much smaller in comparison to making a YouTube video. Furthermore, the music industry recognized the potential that podcasting had to offer and began considerably investing in it.

Everyone is hopping on the podcast train 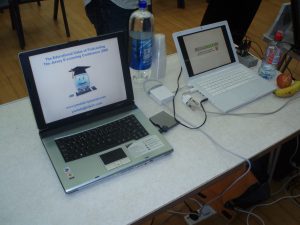 In 2017, Google Play and Spotify launched their first music podcasts on their exclusive platforms, City Soundtracks, and Showstopper. Sony Music entertainment hopped on the same train with their short-term audio podcasts. There are also numerous startups, like Pippa and Anchor, offering straightforward and simple podcast-starting process, unlimited hosting, and easy distribution.

How podcasts came to be 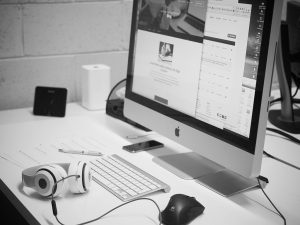 How podcasts originated is closely related to technology. The rise of podcasting is associated with the time the iPod made an appearance, and other mobile audio players followed to the extent that in 2005 “podcast” became the New Oxford American Dictionary’s Word of the Year. It is estimated that more than 42 million Americans are weekly podcasts listeners – we are talking about 15% of the country’s entire population.

Today more and more music companies are recognizing podcasting as a medium for reaching their passionate and loyal fans because the music industry has always been at the center of storytelling through songs and videos, and storytelling is what podcasts are all about.

According to some estimates, almost 88% of podcast subscribers listen to all or most of its episodes, and the goal is to repurpose this format for the music culture, which is nothing short of being revenue-driven. More and more podcasters are following the examples set by Netflix, Spotify and other similar companies, and using subscription models and dynamic advertising to secure their positions at the forefront of the music-industry innovation.

Are podcasts going to replace the radio? 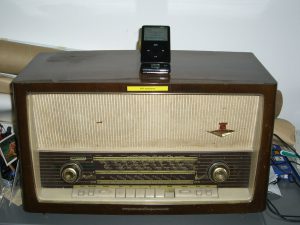 Probably not. Terrestrial radio is the source of a significant amount of revenue for artists. Edison Research claims that average Americans spend 54% of their audio consumption listening to the radio, and just 2% to podcasts. And for those who are weekly podcast listeners, they spend as much as 32% percent of their audio time on podcasts and significantly less on the radio.

This is the reason why podcasts are more observed as a companion to the radio than its replacement. Podcast listeners are subscribers to as many as six podcasts on average and stream five episodes weekly, while Spotify users, for example, listen to music almost 150 minutes every day. However, while people listen to the radio casually, podcast enthusiasts are devoted and regularly come back for more.

How to make money in podcasting?

There are many podcasters who take it up as a hobby, and there are also those who have been managed to make it a full-time job. Those who succeeded in monetizing their content usually do it with the help of these two methods: