Welcome to the world of podcasts, a magical place where you can listen to fascinating stories about the world around us. For example: If you’re ever in San Francisco and feel like going on a journey through time and space, just download The Dream from Radiotopia and get ready for a wild ride. 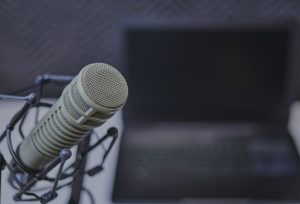 The Dream podcast is a fictional podcast about the American Dream and how it has changed over the years.

The premise of The Dream is that in 2022, President Trump signs an executive order that every citizen will receive $1 million upon his or her 18th birthday. This money can be spent on anything they want—but there’s a catch: no one gets to keep any of it, not even if they spend it on something good like education or healthcare. Instead, all the money goes back into circulation in hopes of stimulating the economy.

In this forum we talk about our different experiences with The Dream and discuss what it means for us to achieve our dreams while also helping others do so as well;

S Town is a true crime podcast that originally aired in 2015 and became one of the most popular podcasts in history. The series tells the story of John B. McLemore, an eccentric clock restorer who lives in Woodstock, Alabama, and who contacts Brian Reed to investigate his own murder after he finds out he’s being accused.

It’s a story about love and loss, but also about how gossip can have devastating effects on communities—and how sometimes it’s difficult to know what’s true and what isn’t when it comes to other people’s lives. 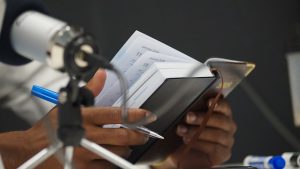 In the world of podcasting, there are a lot of shows that cover economics. Planet Money is one of them. This NPR-produced podcast is hosted by Cardiff Garcia, Stacey Vanek Smith and David Kestenbaum and they have done an excellent job reporting on the topic of economics.

Planet Money covers everything from why we buy things we don’t need to how much coffee costs in New York City compared to other places in the country and around the world. They also have a weekly segment called “The Indicator” where they discuss various economic indicators or statistics with data reporter Matt Yglesias and reporter/editor Jacob Goldstein who provide commentary on each issue discussed during “The Indicator.”

If you’re interested in learning more about economics or if you just want interesting stories about how money impacts people’s lives then this is the podcast for you!

Invisibilia is a podcast from NPR that explores the invisible forces that shape human behavior. Invisibilia looks at the unseen patterns and connections between people, things and ideas, offering a fresh perspective on how we live.

The show is produced by award-winning producers Alix Spiegel and Lulu Miller. The show has won two Peabody Awards for its first two seasons, as well as a Gracie Award for Outstanding News/Information Program: Informational/Instructional in 2016.